The pictures you see are Lancashire Junior Squash supporting and being part of the Lancashire Senior Team.

Saran Nghiem and Kara Lawrenson stepped up and represented Lancashire at the recent Senior Inter County Championships in Sheffield.

Kara, who is based at David Lloyd in Chorley, played  brilliantly and won all 3 of her matches. In the 2nd match v Northumbria she battled back from 2-0 down showing real fighting spirit to post a superb win.

Saran, who is based at The Northern,  took the number 1 string for the team and had some tough battles but managed a 3-2 win against Worcestershire, beating a higher ranked and slightly older junior 3-2. In the afternoon after a short break she put in another brilliant performance v Northumbria losing a close 3-1 tie against an experienced player,  Sam Ward, who frequently plays professional in the PSL.

Much more to come from the juniors and seniors as we collaborate more often. 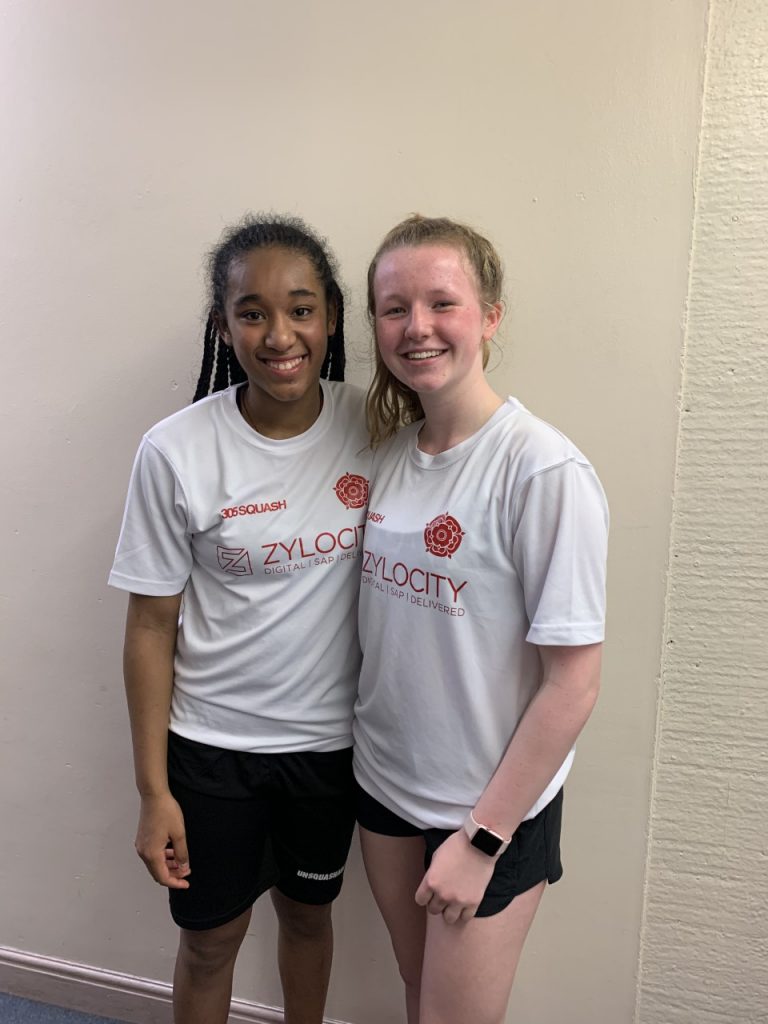